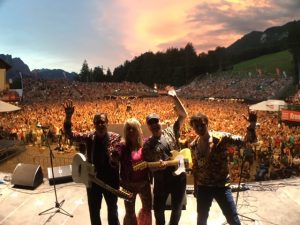 Middle of the Road have enjoyed international success across Europe and Latin America since forming in the early 1970s. Before Abba established themselves in the mid 70s the band were the sound of early Euro Pop with their distinctive harmonies and vocals. Four of their singles sold over one million copies each, and received a gold disc. The tracks were “Chirpy Chirpy Cheep Cheep”, “Sacramento”, “Tweedle Dee, Tweedle Dum” and “Soley Soley”. By the mid 70’s the group had sold 10 million records and by the mid 90s over 30 million. Chirpy Chirpy Cheep Cheep was a UK and international number one chart hit and is one of fewer than forty sound recordings in the history of recorded music to have sold in excess of 10 million physical copies. In the 1980s, 90’s and noughties, Middle of the Road continued to perform live across Europe.

Since 2001, the line up has included Ian McCredie (founder of the band), Lorna Osborne, Stuart McCredie & Stephan Ebn. In 2016, Middle of The Road performed at 25 festivals across central Europe, playing to audiences of over a quarter of a million people and was recognised at the Scottish Music Awards with a Lifetime Achievement Award. In 2017 Middle of the Road are performing across Europe to 1,000’s of loyal euro pop fans.

Born in Dundee, Lorna has been with MOTR for well over a decade. Before that she paid her musical dues with top Jazz/funk band SHAKATAK and has a gold and silver disc for the NIGHTBIRDS album. She then went on to become Scotland’s foremost female session singer, working with top Scottish acts like SIMPLE MINDS, FISH, RUNRIG, BILLY CONNOLLY and FINLAY QUAYE. Lorna then moved south to work with the likes of DARRYL HALL, MICA PARIS, and PRETENDERS. As ‘Dance-Diva’ LORNA B she had several dance hits in the late 90’s topping both the Dance and Club charts as featured vocalist with D.J SCOTT, ZERO V.U. and SHARADA HOUSE GANG, twice making the top 4O with tracks produced by Stock and Aitkin. She spent 2 weeks at No 1 in the Dance Charts with her version of SWEET DREAMS.

As well as studio work for songwriters like Jeff Wayne, Les Reed, Barry Mason, Geoff Stevens, Richard Kerr, Roger Cook, and Elton John, Lorna has appeared at The Montreux Jazz Festival and London’s Albert Hall and T.V. shows like Top of The Pops and Wogan. Her most memorable gig with Middle of the Road was appearing in Germany in front of 45,000 eager fans. She is also an accomplished songwriter and was the only winning featured woman (out of 600 songwriters) in SKY TVs TIN PAN ALLEY, the award for which sits next to her husbands Ivor Novello. But she says that having dinner with Quincy Jones the night before a Ivor Novello awards ceremony was the ultimate highlight.

When she is not gigging Lorna likes to go to the gym and play tennis. She also loves playing the piano, German beer and catching up with family and friends – if she can do them all together that makes her a happy lady! 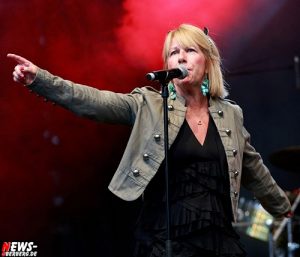 Prior to Middle of the Road, Ian and the band played under the name Part Four and later in Latin American style under the name Los Caracas where they won the UK TV talent show Opportunity Knocks. Ian moved the band to Italy in 1970 where they met music producer Giacomo Tosti, who gave the band their first international break.  The band had their first international hit record with debut single, “Chirpy Chirpy Cheep Cheep” which reached #1 in the UK Singles Chart –  and the rest is history. 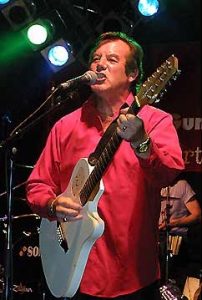 Stuart McCredie was born in Glasgow and is Ian’s son and Eric’s nephew. Stuart joined Middle of the Road 30 years ago for 2 weeks and never left! (apart from a brief spell from 2005 – 2008 when he took a sabbatical to play guitar for The Blue Nile).

Having been brought up in the music & recording industry Stuart developed a keen interest in recording that resulted in him pursuing a career as an engineer & record producer. Over the last 30 years Stuart has played, engineered, mixed & produced global music releases for a number of other artistes The Fratellis, Texas, The Blue Nile, Kelly Clarkson, Belle & Sebastian, Echo & The Bunnymen & Pete Lincoln to name but a few. 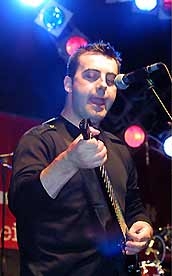 Stephan has been with MOTR for more than 10 years. Before and during this period, he worked on numerous projects in Europe and the United States as a studio musician and live drummer. In the rock/pop field, he has collaborated with artists such as the Italian rock singer Gianna Nannini, the German keyboard player Helmut Zerlett, US country singers Lynn Anderson and Kimberley Dahme, actor Jon Walmsley and Swedish blues guitarist Johan Eliasson among others. As a musician/producer, he has collaborated on numerous CD releases and has participated in countless international music festivals with a variety of artists.

In 2007, he also started working with Gianna Nannini; first in studio and finally on stage. The Pia Come la Canto Io Tour was followed by over 60 concerts of the Giannabest Tour in 2008. During the Amiche per l’Abruzzo Concert on 21 June 2009 at the San Siro stadium in Milan, Stephan joined the stage with Gianna Nannini, Laura Pausini and others to benefit the victims of the earthquake in the Abruzzes. Since 2008, he joined Andreas Wiersich’s Midnight Story Orchestra where he also works as a jazz drummer. As a studio musician and producer, Stephan Ebn has worked in studios in Nashville, London, Glasgow and Milan, among other locations. He can also be heard on the soundtracks of numerous films such as The Vexxer, Jerry Cotton or more recently on the soundtrack of the new Bavarian cult film Trans Bavaria. Stephan is one of the most sought-after German tour and studio drummers. 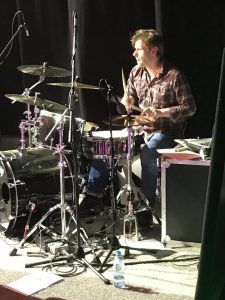